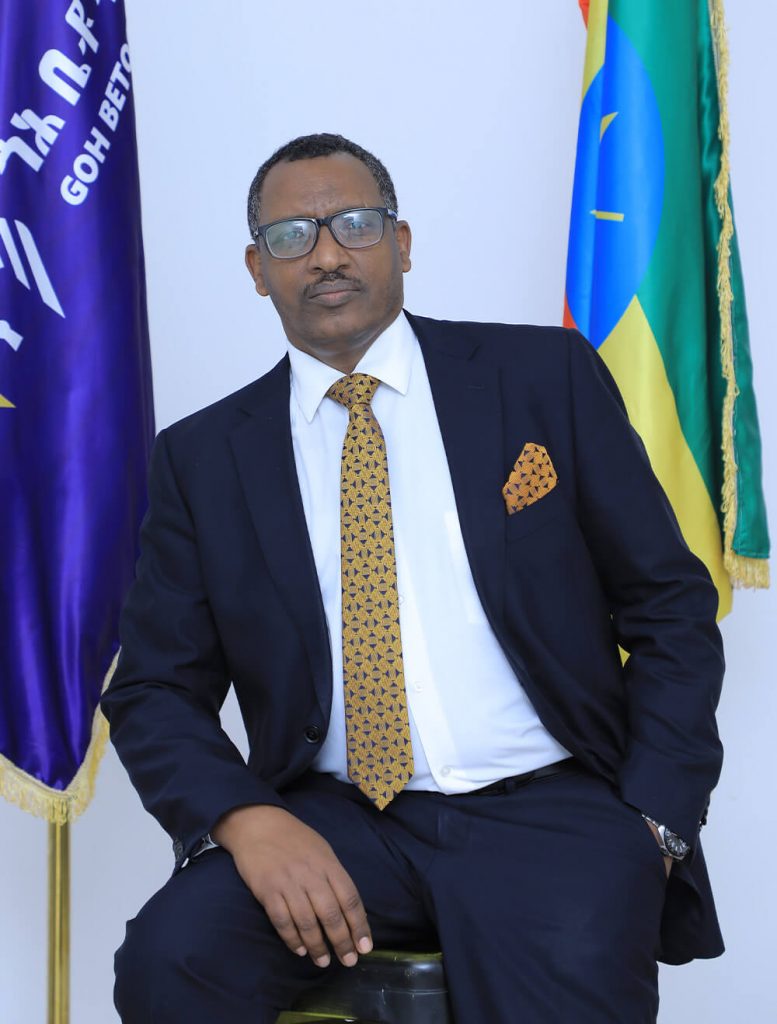 Mulugeta Asmare Bogale is an experienced and successful Bank Executive with a very good track records in banking business for more than 30 years. He is one of the founding members of Goh Betoch Bank S.C. He was appointed as founding CEO of Goh Betoch Bank S.C on the November 1 st 2021 and got approval of the National Bank of Ethiopia.
Ato Mulugeta holds a Masters of Business Administration in International Business (MBA IB) from the University of Greenwich (UK). He also holds a BA degree in Accounting from the Addis Ababa University, and a diploma in Accounting from the Addis Ababa Commercial College (which is now part of the Addis Ababa University). Ato Mulugeta has taken various short term trainings in Management, leadership and corporate Governance locally and abroad. Prior to his appointment as CEO of Goh Betoch Bank, he was CEO and president of Bank of Abyssinia from 2014 to 2018 and Vice president and Credit Director from February 2010 to August 2014. Before joining Bank of Abyssinia in 2010, Mulugeta served the Commercial Bank of Ethiopia (the leading government owned bank in the nation) for almost 18 years. During his stay in the Commercial Bank of Ethiopia, he led the commercial Credit Directorate, serve as a District Manager, Workout Division Manager, Credit Assessment Team Leader and Serve and serve as Senior Officer and Officer positions in different departments. His banking career begins in 1992 as a bank clerk in the Commercial Bank of Ethiopia where he served for almost 18 years. Mulugeta is currently a Board member of Nile Insurance S.C, one of the prominent Insurance Company in Ethiopia where he served about 8 years.